Investment has caused tornadoes of hoo-ha since ages past. Whether it’s the stock market, gold or Bitcoins, society is all for the risk involved if it means (mostly) effortless money. 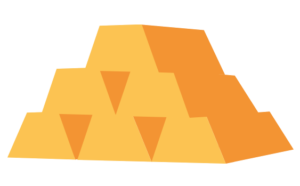 And really, why wouldn’t we be? The Prophet (ﷺ) said,

“Whoever imparts knowledge will have the reward of whoever acted upon it, without detracting from the reward of one who acted.”
Sunan Ibn Mājah 240 (Sahih according to Al-Albani)

“The best of what a man leaves behind are three: a righteous child who supplicates for him, ongoing charity, the reward of which reaches him, and knowledge that is acted upon after him.”
Sunan Ibn Mājah 237 ( Sahih according to Al-Albani)

The two aforementioned ahadith speak about the gravity of such deeds whose reverberations follow a man well through his life to beyond his death. Legacy. These are acts of kindness that benefit your community; acts such as teaching your brother a Sunnah or donating to build a masjid in your community. Like helping an old woman carry her groceries or sharing your knowledge of the Qur’an with your close friends.

But why these acts specifically? Why not Salah, or Hajj, or all the other good deeds that are notably revered in Islam? The demarcation between such esteemed acts on worship and the small kindnesses are their target audience.

Salah is a personal act, between a man and his Lord. The same goes for Hajj and Sawm. They’re most definitely important, but their benefits don’t exceed one’s self. As for the charities and good words that benefit your community, then for every benefit that your community receives, your own scales tip down. It could be from their heartfelt dua for you or the reward that you’re promised anyway or flowing from every person who acts on the knowledge you imparted to them. It doesn’t even have to be knowledge exclusively, even the foundation of a Masjid that was built from funds that you pitched in for, so long as they keep benefiting from your act, the good deeds keep stacking.

Think of them like a sort of investment. They literally are, just that; the returns aren’t exactly green in color or stamped with faces of historical presidents. No, they’re worth a lot more than that. Think mountains worth of gold in a time of desperation, multiplying every time your beneficiaries act on your kindness, or the beneficiaries of your beneficiaries, and so on.

Moving on then. Very often you’ll see that there are unexpected consequences to your well-intended actions.

You stop your car to let someone pull out in front of you, and someone behind you gets angry that they lost an entire five seconds on their way to work.  You make a phone call while on the train to let someone know you’re thinking of them, and someone else on the train is annoyed at having to witness your awkward way of talking to your older relatives. You walk to the shops rather than driving in order to keep fit and reduce pollution.The journey takes longer than anticipated, and you miss the Amazon delivery you ordered so now you’re walking to the post office to get it back.

Funny story, actually. I live in an area (much like anywhere else, I suppose) where there’s all sorts of Muslims; the practicing and the non-practicing, the skeptical kind, the bid’ah-devout ones, the Jum’ah-exclusive Muslims and, well, you know how it is.

My uncle thought it would be a good idea to take tea and biscuits with him every day for the people that showed up to the masjid for Fajr. By 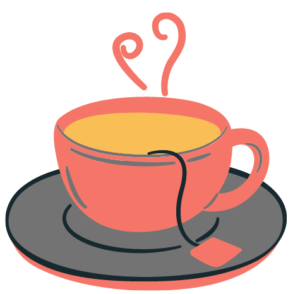 persuading them with the snacks to hang back for a bit longer, he hoped to teach them a thing or two, impart some knowledge on the Aqeedah and work up a foundation.

It started off pretty well. People seemed receptive; there was even a bigger crowd gathering for Fajr every morning. My uncle took his notes with him there everyday and read from Aqeedah literature written by traditional Muslim scholars and elborated on them. One day, a man stood up and stopped him,

“Brother, we appreciate what you’re doing, really. It’s just, English books are often Jewish propaganda. We can’t be swayed by their tricks, brother.”

He found out later that many of the men thought the same. He explained that they were just translated works of legitimate scholars yet they didn’t budge. They slowly dwindled off from the gatherings too, so my uncle eventually had to stop. Why did they start crowding at the start anyway? Who knows.

I thought it was all really ridiculous and unfair. There he was, waking up early to make gallons of tea and putting in an effort, only to be dismissed by some oversimplified dubiety.

But! Well, that’s the thing about life, isn’t it? It’s ridiculous, and, it most definitely is, unfair. Did it mean that my uncle’s efforts all went to waste? Not at all. The unexpected consequences don’t squander the rewards of our good intentions. They don’t mean that we shouldn’t have done those things. But we need to remember that we don’t exist inside a bubble; we live in a society with lots of other people. People with diverse backgrounds; some poor, some rich, some learned, some unlearned. Learn to accommodate people’s differences, don’t let them stop you from doing good.

Another point to remember is that it’s especially when a Muslim strives to do good, that he encounters difficulty. This always holds true, especially in, but not limited to, Da’wah matters.

“[Satan] said, “Because You have put me in error, I will surely sit in wait for them on Your straight path. Then I will come to them from before them and from behind them and on their right and on their left, and You will not find most of them grateful [to You].”
(7:16-17)

It doesn’t take a genius to figure out the rest. Why’s Shaytan sitting on the straight path, shouldn’t he be dallying with the people who are actually aboard his whole grand Hellfire plan? Because he’s out to get the good ones; the bad ones, well, they’re already done with. ‘The more the merrier’ is Shaytan’s maxim.

So don’t be deterred by the problematic aftermaths of following the Sunnah or striving towards spreading good; it’s Shaytan planting seeds of doubt. Just keep swimming. Preferably with tact.

Think of Prophet Nuh, who preached the deen for nine hundred and fifty years. That’s a long, long time. He was a Prophet of Allah! His community responded by blocking their ears with their fingers and covering themselves up in their garments, like a stubborn kid would. Still he persisted, trying new methods of Dawah; in public, in private, with promises of forgiveness, promises of blessed rain, children, wealth, eternal gardens.

So what reason should we have to give up on our relatively measly attempts to goodness? (Not to demean anyone’s efforts, but if we’re being honest, anything is measly relative to 950 years of persistent dawah.) So keep your chin up!

And while we’re contemplating that, how can we expand the positive effects of good 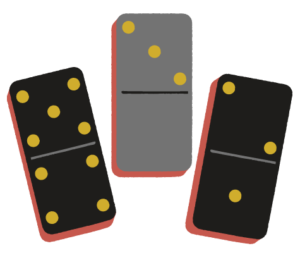 actions? One way is by seeking to reciprocate and pass on the positive impact when we are the beneficiaries. Think of every kindness like a domino. A domino can fall two ways, either solitarily or toppling another domino on its way down.

For example, if someone taught you a surah of the Quran or helped you see it in a different light – pass on the knowledge to someone else. Even something as inconsequential as a smile being passed on can go a long way in your book of deeds. Can you imagine the impact on our society if we all acted in that way, rather than in our self-centered, individualistic, selfish ways? Imagine a society in which a good act triggered a domino effect instead of blowing away like a stray leaf? Then imagine your good deeds, incrementing with every person after you who follows. You’d be rich beyond comprehension – and then some.

JabalMaryam is a first-year university student who excels at procrastination and last minute submissions.